Their resting place is Pacific View Memorial Park in Corona Del Mar, California, the documents state. The cemetery is about two miles from the Pacific Ocean and less than a 10-minute drive from the family’s church, Our Lady Queen of Angels, in Newport Beach.

A public memorial service is planned for February 24 at Staples Center, a date with significance for both Kobe and Gigi. February, being the second month, represents Gianna’s No. 2 jersey at the Mamba Sports Academy. The day, 24, matches one of Kobe Bryant’s two jersey numbers for the Lakers. 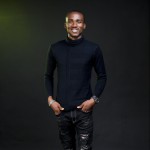 An Evangelist, Student, |Son Of The ORACLE @APOSTLESULEMA and a Blogger. But then, i am your regular guy down the street. Ceo Gospeltunez.com, Admin @Hilearners.com

The Coronavirus has Top Government officials running the world from home

Sorry. No data so far.